The Hydra. In Greek mythology, the Lernaean Hydra (Greek: Λερναία Ύδρα) was an ancient serpentine water monster with reptilian traits that possessed many heads — Greek poets mentioned more heads than the vase-painters could paint, and for each head cut off it grew anywhere from two to nine more. The Hydra was also armed with venomous breath as well as blood, and according to some accounts, skin so virulent even its tracks were deadly. The Hydra of Lerna was killed by Hercules as the second of his Twelve Labors. Its lair was the Lake of Lerna. Beneath the waters was an entrance to the Underworld, and the Hydra was its guardian.

The Agvain Clan's fighting techniques are generally aggressive, random, and are used in rapid succession in order to overwhelm the enemy. They are in stark contrast with the Landegre Clan's. They involve slashing and utilizing randomly placed attacks and tricks meant to gradually weaken the enemy to drag out the fight. 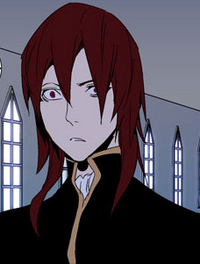 Urokai Agvain is the only traitor noble whose reason of betrayal lies in his direct grudge against Cadis Etrama Di Raizel, whom he used to venerate and was fiercely loyal to.
Retrieved from "https://noblesse.fandom.com/wiki/Agvain_Clan?oldid=74420"
Community content is available under CC-BY-SA unless otherwise noted.